Terry and Robert B. Rowling Give $25 Million to Support Brain Institute

Home Terry and Robert B. Rowling Give $25 Million to Support Brain Institute
Posted 1 year ago by Brittany Lebling 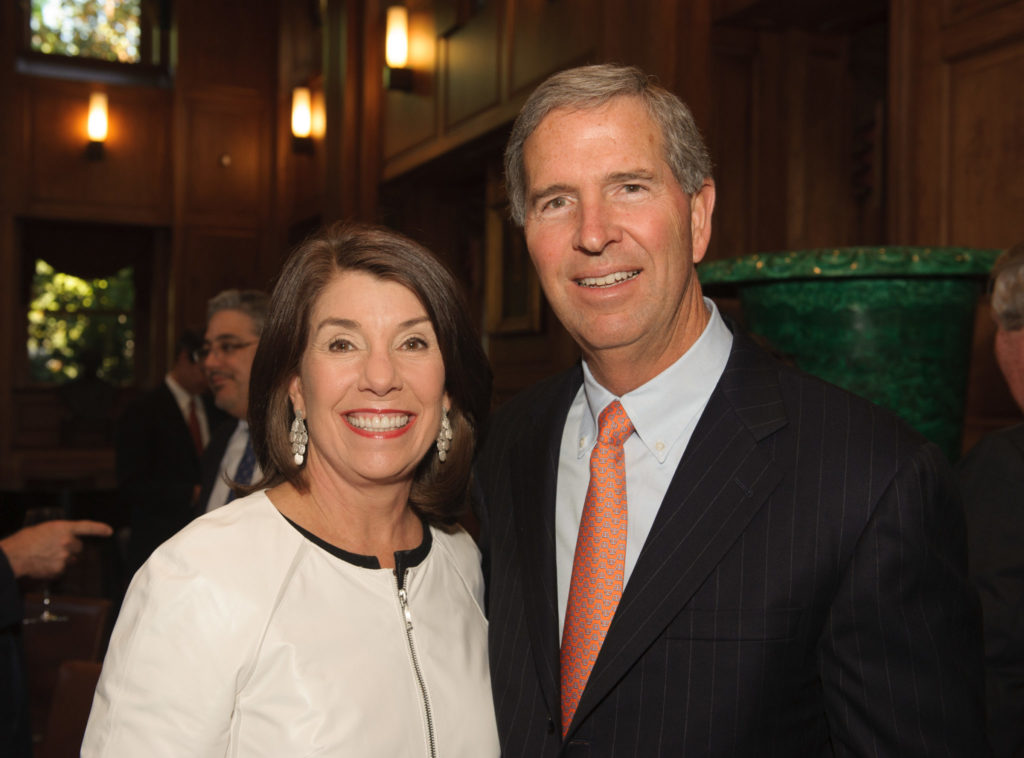 Mr. Rowling has been a member of Southwestern Medical Foundation’s Board of Trustees since 2010, and recently completed a five-year team as Chairman of the Board.  He also serves as a member of the President’s Advisory Board of UT Southwestern.  Together with his wife, Terry, the Rowlings have made tremendous contributions in time and treasure to both organizations and to the broader community.

“What an honor and privilege it has been to work with Bob as a member of our Board and as Chairman of Southwestern Medical Foundation. We have been profoundly inspired by the devotion that Bob and Terry have for this community. The innumerable ways in which they have been both leaders and examples has brought tremendous awareness of the unique value that academic medicine brings to a community.  We are forever grateful.” Kathleen M. Gibson, President and CEO, Southwestern Medical Foundation

The Rowlings previously made a $5 million contribution during the capital campaign for the William P. Clements Jr. University Hospital and knew how important the new hospital would be in advancing care in this community. “We moved to Dallas about 22 years ago, and in the beginning I really didn’t know much about the Medical Center,” said Mr. Rowling. “Through my service on the Board of Regents, I was introduced to this incredible treasure of an institution that’s right in our backyard. I just fell in love with what I saw.”

Mr. Rowling, who founded TRT Holdings in 1989, built his success with persistence, grit, and a vision for what the future could be. These elements thread through his work with the Foundation and UT Southwestern, in hopes that his advocacy will build greater awareness of the importance of these two organizations for our community and beyond.

“The research happening at UT Southwestern is not just good for Dallas, or Texas. What’s coming out of here is good for the world.” Robert B. Rowling

Established in 2015 with a gift from Edith and Peter O’Donnell, the O’Donnell Brain Institute brings together doctors and researchers from various disciplines including neurology, neuroscience, neurological surgery, physical medicine and rehabilitation, and psychiatry to better understand the molecular workings of the brain and apply those discoveries to the prevention and treatment of brain, spine, nerve, and muscle disorders.

The Rowlings are deeply connected to their faith, which inspires them to give back. “There are two things that drive me – to love God and to love others,” said Mr. Rowling. “This is a way for us to love others. We really see ourselves as stewards of everything we have and are always looking for the best way to use our resources to make an impact.” Former Chairman of the Board, Bill Solomon (left), and President and CEO Kathleen M. Gibson (right), presenting the 2013 Sprague Award to Terry and Bob Rowling

Recipients of The Sprague Award

In 2013, Southwestern Medical Foundation honored the Rowlings with The Sprague Award, the region’s most prestigious award for philanthropy in health care. The Award, which was established in 1991 in honor of Dr. Charles Cameron Sprague, former president of UT Southwestern and later Southwestern Medical Foundation, has been given to some of the most recognizable names in philanthropy in our region including Ruth Altshuler, Gay and Bill Solomon, and Margot and Ross Perot.

The Rowlings accepted The Sprague Award with great humility. In a 2013 interview for the Foundation’s magazine, Perspectives, Mr. Rowling commended the community around him.

“There are so many people in this community who I look around at – people who helped me when I first came to Dallas,” said Mr. Rowling. “We haven’t done anything like those people have done for Dallas. Hopefully we will someday. However, we are obviously very touched. There are many things I’m passionate about in Dallas. While I love SMU and UT Dallas, I personally have been attracted to UT Southwestern more than any place.  There’s life-changing work going on there.”

Inspiring the Next Generation

Mr. Rowling has taken an interest in The Cary Council, a local young leaders’ group driving broader awareness of the missions of Southwestern Medical Foundation and UT Southwestern, and raising funds in support of early-stage research at UT Southwestern.

For the next generation of leaders determining how best to give back to their community, Mr. Rowling offers simple and wise advice:

“I don’t think there’s any time in your life that’s more crowded than between 30 and 50 years old. As for philanthropy, you don’t have to invest a lot of time right now but get involved and give it enough time to see what’s happening. If you’re never exposed, you can never develop the passion.” Robert B. Rowling