“Selection as an HHMI Investigator is based on the significance of the contributions a scientist has made to their field of research. Both of these talented scientists have made enormously important advances that will impact the future of medicine,” said Dr. Daniel K. Podolsky, President of UT Southwestern.

“Dr. Orth has made pioneering discoveries regarding the basic biochemical mechanisms underlying many bacterial infections, identifying new ways that invading bacteria hijack and deregulate a cell’s signaling systems. Dr. Mendell has increased our fundamental understanding of the regulation and function of microRNAs in physiological processes, which is important for understanding wound healing, tissue regeneration, and diseases such as cancer,” added Dr. Podolsky, who holds the Philip O’Bryan Montgomery, Jr., M.D. Distinguished Presidential Chair in Academic Administration, and the Doris and Bryan Wildenthal Distinguished Chair in Medical Science.

Dr. Eric Olson, Chairman of Molecular Biology and Director of the Hamon Center for Regenerative Science and Medicine, said the department was gratified that two of its faculty members are joining such a prestigious group of scientists.

“The appointment of Kim Orth and Josh Mendell to the HHMI is a thrill for all of us in the Department of Molecular Biology,” said Dr. Olson, who holds the Robert A. Welch Distinguished Chair in Science, the Pogue Distinguished Chair in Research on Cardiac Birth Defects, and the Annie and Willie Nelson Professorship in Stem Cell Research. “Not only are Kim and Josh gifted scientists, they are also catalytic colleagues who enrich our department and the institution with their discoveries, energy, and collegiality. I anticipate even greater achievements from them in the future.” 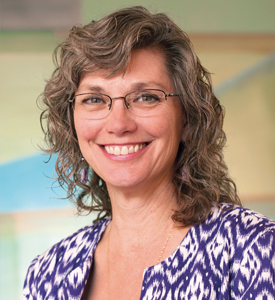 “I am so proud and happy for my lab, the Department of Molecular Biology, and UT Southwestern Medical Center to be selected as an HHMI Investigator,” Dr. Orth said. “I thank past and current members of my lab and my many collaborators for their rigorous and relentless efforts to discover the mechanisms used by bacterial pathogens during infection. Having HHMI support will allow my lab to identify new signaling paradigms used by both bacterial pathogens and mammalian cells. I am grateful for the support, friendship, and collegiality that I have received at UT Southwestern. It is an incredible place to do science.”

The Orth lab studies how pathogens manipulate host cells for their own benefit and survival. Her team’s work has uncovered unexpected strategies that bacteria use to survive and spread. Her research group has helped discern normal signaling processes in host cells, including mechanisms that can be exploited to treat disease.

The researchers have found that Yersinia, the bacteria that causes plague, silences an infected cell’s attempts to summon immune cells by chemically modifying a key signaling protein so that it can no longer be switched on. Their studies of Vibrio parahaemolyticus, a bacterium that causes food-borne illness, showed that the microbe injects a toxin into host cells that remodels the cell’s membrane structure, causing it to engulf the bacteria. Once inside, bacteria grow and divide until the host cell ruptures.

Studies of another Vibrio toxin by Dr. Orth and her colleagues revealed a previously unrecognized way in which cells chemically modify their proteins to alter their function. The bacteria use the modification, which Dr. Orth named AMPylation, to cause host cells to collapse and die. Her team also discovered a protein that many bacteria use to adhere to cells during the early stages of infection, and the team is testing whether they can interfere with that attachment to prevent or weaken infections in patients.

Dr. Orth received her Ph.D. in biochemistry and molecular biology from UT Southwestern, and joined the UT Southwestern faculty in 2001 as a W.W. Caruth Jr. Scholar in Biomedical Research. In 2003, she was named a Beckman Young Investigator by the Arnold and Mabel Beckman Foundation, and in 2006 she was named a Burroughs Wellcome Investigator in Pathogenesis of Infectious Disease. In 2010, she received the Norman Hackerman Award in Chemical Research from The Welch Foundation, and in 2011 she received the Edith and Peter O’Donnell Award from The Academy of Medicine, Engineering and Science of Texas (TAMEST). In 2012, she received the American Society for Biochemistry and Molecular Biology (ASBMB) Young Investigator Award. 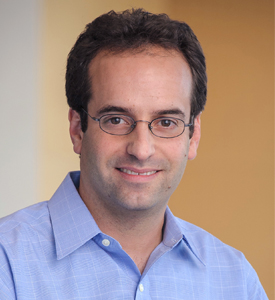 “I am thrilled to be able to represent UT Southwestern in the Howard Hughes Medical Institute,” said Dr. Mendell, who was previously named an HHMI Early Career Scientist. “This is an amazing opportunity to take our research in new directions to address the most important problems in noncoding RNA biology and expand our understanding of the roles of these pathways in human disease. I am extremely thankful to the members of my laboratory, past and present, whose outstanding work made this possible, and to my department chair Eric Olson and other colleagues at UT Southwestern whose support and collaboration have been instrumental.”

Dr. Mendell, a member of the Harold C. Simmons Comprehensive Cancer Center and a Cancer Prevention and Research Institute of Texas (CPRIT) Scholar in Cancer Research, has been a leader in the study of microRNAs involved in regulating gene activity, and how they influence development and disease. He showed that a well-known, cancer-promoting protein, MYC, directly stimulates production of a specific cluster of six microRNAs that contribute to MYC’s ability to drive tumor formation. Work from the Mendell lab has revealed involvement of microRNAs in several other critical cancer pathways as well, and the lab recently demonstrated that certain microRNAs are important for wound healing.

Dr. Mendell’s team also has uncovered new mechanisms through which the abundance of microRNAs is controlled in normal tissues and in tumors. Ultimately, Dr. Mendell is interested in developing new therapies for human disease, and his work in animal models has provided persuasive evidence of the therapeutic potential of microRNAs. His team slowed the growth of liver tumors in mice by giving the animals a specific microRNA that was present at lower levels in cancer cells, compared to healthy liver cells. The treatment killed tumor cells but preserved healthy cells, suggesting such therapies might be tolerated and effective.

Dr. Mendell received his Ph.D. and M.D. from Johns Hopkins University School of Medicine and joined the UT Southwestern faculty in 2011. He was previously recognized as a March of Dimes Basil O’Connor Scholar; a Rita Allen Foundation Scholar; a Leukemia and Lymphoma Society Scholar; and a Howard Hughes Medical Institute Early Career Scientist. He received the Allan C. Davis Medal (Outstanding Young Scientist in the State of Maryland) and the American Association for Cancer Research Outstanding Achievement in Cancer Research Award in 2010.

Other HHMI Investigators at UT Southwestern

Other Howard Hughes Medical Institute Investigators at UT Southwestern are: